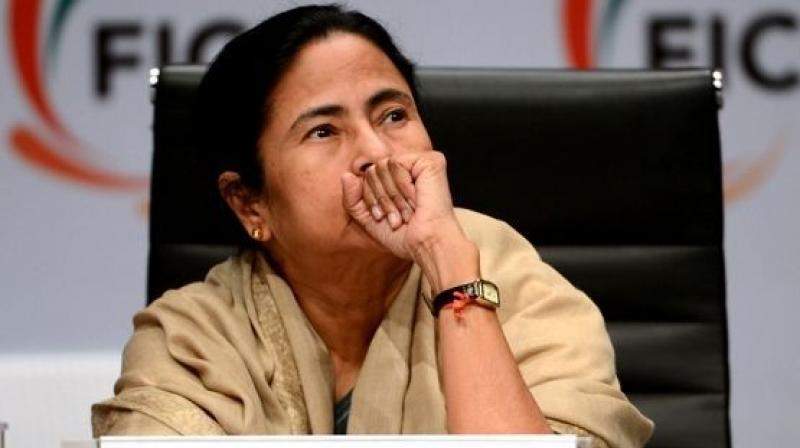 Protests for Cauvery waters may have occupied much of AIADMK Rajya Sabha MP V Maitreyan’s parliamentary time on Tuesday, but he was pre-occupied with another daunting task. As part of late Jayalalithaa’s birth anniversary, Maitreyan is scheduled to give a memorial lecture to AIADMK supporters in Uttar Pradesh! It seems, ‘Amma’ has followers in the cow belt as well—all AIADMK loyalists. “Mind it, not Tamilians, but Hindi-speaking people”, Maitreyan proudly added. The gathering will be at the Prime Minister’s constituency, Varanasi, on March 10. The reason being, that many of the Banarasi weavers had migrated from Tamil Nadu centuries ago. Mother tongue lost, the weavers’ thread still connects them to the southern states. Maitreyan, however, was rather keen to underline that the 2,500-3,000 people who have enrolled, are from all over UP.

Guess who came in support of the CPI-M as the Lenin statue in Tripura got pulled down by a mob? Arch rival, Bengal Chief Minister Mamata Banerjee. CPI-M of course took out a march in Kolkata to another Lenin statue, while in New Delhi CPI’s D Raja reacted: “Violence and vandalism has no place in multi-party democracy.’’ Left supporters, meanwhile, he worriedly added, “are in a state of panic”.

Congress chief Rahul Gandhi’s presence at Jantar Mantar in fulsome support to Andhra Pradesh special status demand was just the tip of the ice-berg. Strong whispers followed: TDP MPs have been invited to Sonia Gandhi’s March 13 dinner for opposition unity. A Congress leader claimed, one of them has confirmed. The dinner is meant to rope in all disgruntled voices on a common platform and to ensure that an anti-Congress oppositional axis does not get cemented.

The Parliament forecourt—area around the Gandhi statue—has become such a favourite protest zone of the opposition that the watch-and-ward staff was heard commenting: “This is our new Jantar Mantar.’’ In fact, the remark made was after a group of MPs were seen rushing with their placards to book a ‘prime’ spot under the father of the nation’s feet. It was a veritable site, the Congress, TMC, TRS, TDP, AIADMK, et el jostled issues and slogans, sitting next to one another.