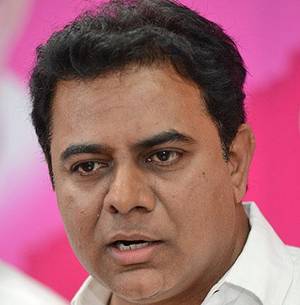 The Telangana government would bring the past glory to the Gundlapochampally apparel park by bringing its management under the purview of Handlooms and Textiles Department, Minister for Industries and Textiles K.T. Rama Rao stated here on Saturday.

Reviewing the functioning of apparel units in the park, their employment generation and scope for expansion with the officials of Handlooms and Textiles Department and Telangana State Industrial Infrastructure Corporation (TSIIC), the Minister directed the officials concerned to cancel the lease of units operating in other than textiles sector. He stated that existence of non-textile units in the apparel park had come to his notice recently.

Since the apparel park is near the State capital, several companies had expressed interest in setting up their textile units, the Minister stated. Plots would be allotted to such interested parties in a transparent manner, he said.

Asking the officials to work towards providing employment opportunities to eligible persons from the surrounding villages of the apparel park, he directed them to inspect all the existing units and collect the information on their activities, including their investment, employment generation and others and submit him a report in a week.

On the role of TSIIC, the Minister said it would only provide infrastructure facilities in the park and its maintenance, management and attracting new units would be handled by the Handlooms and Textiles Department.