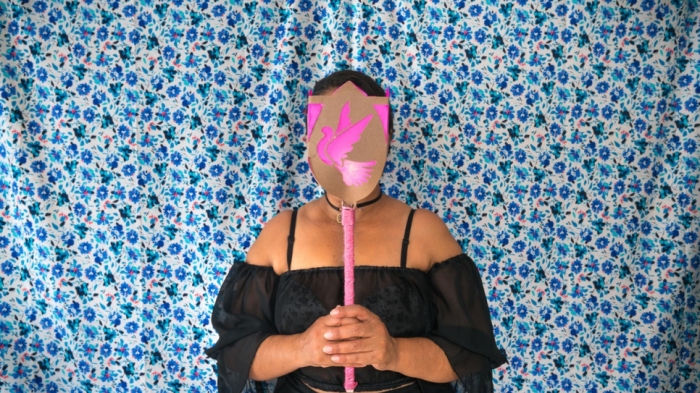 Alicia was sexually abused at the age of 18. Ten years later, she was displaced after witnessing an assassination and began receiving death threats. Having found the Life Weavers Women’s Alliance she is now an activist, raising awareness of abuse.
© UNHCR/Ruben Salgado Escudero

By Michelle Begue in Putumayo, Colombia

Leonor Galeano and her adolescent daughter were driven from their home by fighting between the Colombian government and left-wing rebels. While safe from gunfire, they had entered a whole new world of peril.

Finally settling in a new home in the south of the country, Leonor’s 12-year-old daughter befriended the child of a local official. Behind her mother’s back, he raped the youngster multiple times over the next three years, finally leaving her pregnant.

“Because we are displaced, people believe that we are worthless, that we don’t have the same rights” as everybody else, says Leonor.

More than five decades of armed conflict in Colombia have uprooted some 7.4 million people within the country’s borders. Women and girls like Leonor and her daughter – who make up more than half of the total – are particularly vulnerable.

Preoccupied by immediate concerns such as finding food and shelter, and removed from their family support networks, aid workers say they are particularly vulnerable to sexual exploitation as they seek shelter on the margins.

“There is a deep relation between sexual violence and displacement,” says Adri Villa, a community-based protection assistant at UNHCR, the UN Refugee Agency.

“But sexual violence isn’t just a cause for displacement. It sometimes occurs during and after displacement, once they have settled in their new home,” she adds.

There is no official register that collates specific data on the number of women and children who have been victims of sexual violence in the context of Colombia’s conflict.

Like many who find themselves out of their homes and struggling, Leonor did not have the resources, the knowledge or the tools to exercise her basic rights. However, help was at hand in southern Putumayo province.

Since 2005, a collective of 66 groups has been advocating for women’s rights. It focuses on the difficulties faced by tens of thousands of displaced women among nearly 146,000 victims of the armed conflict in the region bordering Ecuador.

“The problem of sexual violence … is most prevalent among families who have been forcibly displaced, because they are in a state of greater vulnerability,” says Muriel Fatima, president of the Life Weavers Women’s Alliance.

A UNHCR partner, the Alliance provides counselling and empowerment workshops to survivors of sexual abuse across the region, and – crucially – the chance to pursue justice through the courts.

Financial support for the Alliance is one of the ways UNHCR it is honouring its commitments to refugee and displaced women, which include preventing and responding to sexual and gender-based violence.

Through the Alliance’s legal aid and council the Galeano family was able to report the local official to police. “I felt so much anger and pain,” says Leonor, “but thanks to UNHCR and the alliance, this man was finally taken into custody in May.”

While a date for his trial has not yet been set, she is trying to lead her family forward – and there seems to be a positive change.

Today, through the Alliance, she participates as a women’s rights activist in public events that bring awareness to issues of abuse. At home she says she has formed a closer bond with her daughter and grandchild and has even started a small business to support them.

With the Alliance, Leonor, her daughter, and other women in the network can access workshops that help them gain economic independence – another important tool to empower displaced women.

A peace agreement in 2016 between the government and Revolutionary Armed Forces of Colombia, or FARC, ended hostilities.

When Leonor speaks about her new-found strength, it is as if she is moving towards much-needed peace and closure of her own.

“I am thankful because with the help of the alliance and UNHCR I have survived,” she says. “I consider myself a survivor, because I have moved forward.”